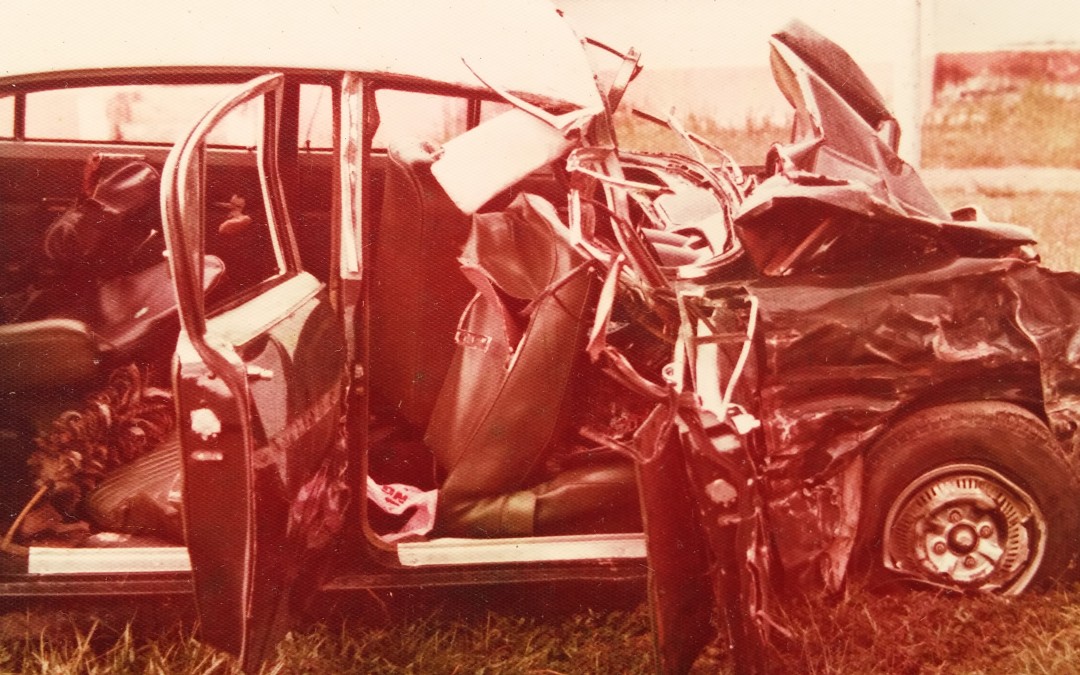 It started out as a normal family vacation to Malaysia. On the last day of our vacation, at the spur of the moment, my parents decided to visit Simpang Rengam, a small town in Johor where World Revival Prayer Fellowship established a church in 1977. With absolutely no idea how the town had evolved and how to find the church, we drove up to Simpang Rengam. Lo and behold, it had transformed into a place unrecognizable to my parents. It was no longer the sleepy rural town that it once was. Single storey zinc-roofed houses had given way to concrete multi-storey buildings. We were clueless as to how to locate the church and found ourselves under a huge shady tree praying for God’s to guide us. The series of events that unfolded next could only have happened with supernatural intervention. As it was around lunch time, we decided to break our journey for lunch and walked into a nearby coffee shop. The shop owner seemed friendly and we asked if he knew of any churches in town. Interestingly, the coffee shop owner, not a churchgoer, knew someone who attended the church that was started thirty five years ago. He offered to lead us to her workplace after our lunch.

We arrived at a brightly decorated spa salon and when we walked in, a lady with a wide cheery smile greeted us at the door. She told us that she was one of the children who attended the church. Her brothers branched out from that church and started a sister church. When she heard that my parents were part of the mission team that came here some decades ago, she got all excited and immediately started calling friends she thought might remember us. Through her persistent phone calls, her brother came and brought us to the place where the church is now located.

As we walked into the church premise, our hearts were filled with awe to see the fruit of our first mission. We met the pastor who was delighted to finally get to meet the founders of the church or at least part of the founder’s team. We sat down and talked about how the church had progressed over all these years. Incidentally, the church had just celebrated its 25th anniversary and World Revival Prayer Fellowship’s name was mentioned in the commemorative magazine as founders of their church.

The church now has at least 100 members. With excitement and gratitude to the Lord, Pastor Elijah Wang shared how the Lord recently helped them secure a piece of land 4 times bigger than requested from the authority to build a church. His vision is to build a church big enough to seat 1000 members. Through this experience, I have personally encountered the reality of God and my faith was lifted. 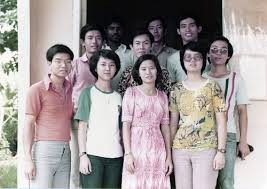 Well, every ending has a beginning. It all started with a polytechnic mission trip to Batu Pahat that Paul Chan went on. Through that trip, he learned that there was no known church in Simpang Rengam, a town 50km south of Batu Pahat. Pastor Teo from Batu Pahat connected Paul Chan to a brother, Jeffrey, at Simpang Rengam. Thus eight young adults stepped forward to embark on a journey to Simpang Rengam. Paul Chan, Zach Wong, Martha Low, P J John, Philip Lee, Simeon Poh, Mary Tham and James Chan were just regular churchgoers but had a desire to answer the calling of God. They went on the mission trip with the intention of spreading the good news of God. But God had a bigger plan, one that none of them could had imagined. By going forth in faith, God used them to sow seeds that were used to establish the church of today in Simpang Rengam. 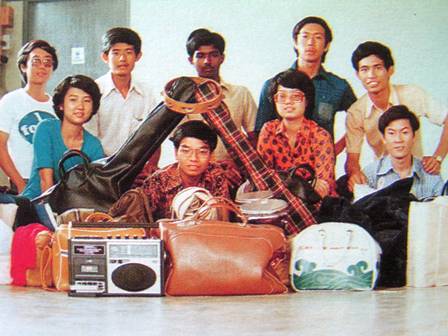 A month before the mission, the eight young adults got together every Saturday to pray in preparation for the mission trip. At that time, only two out of the eight had driving licenses. Zach Wong and Paul Chan were the drivers, not to mention, Paul Chan had just gotten his driving license days before the trip. But this did not deter the group from going forth in mission. When they got to Simpang Rengam, they were met by Jeffery, our contact from Pastor Teo, the team ministered at a school where lots of children gathered to hear bible stories and listen to Christian songs preached and sung in Mandarin. It was the first time these children ever heard about God. They told the love of Jesus with gusto. Besides reaching out to the children in school, they went out to the streets to sing and crowds, young and old were gathered. Prayer walks were one of the highlights of the trip. They even went to the stronghold of the town, a temple, to claim the place for Christ. As the trip came to an end, God’s compassion filled the team for the people. They were like sheep without a shepherd and there was no way, they would leave the town without having any follow up for the work. Paul Chan called the leadership and gotten permission to rent a place to continue the work. 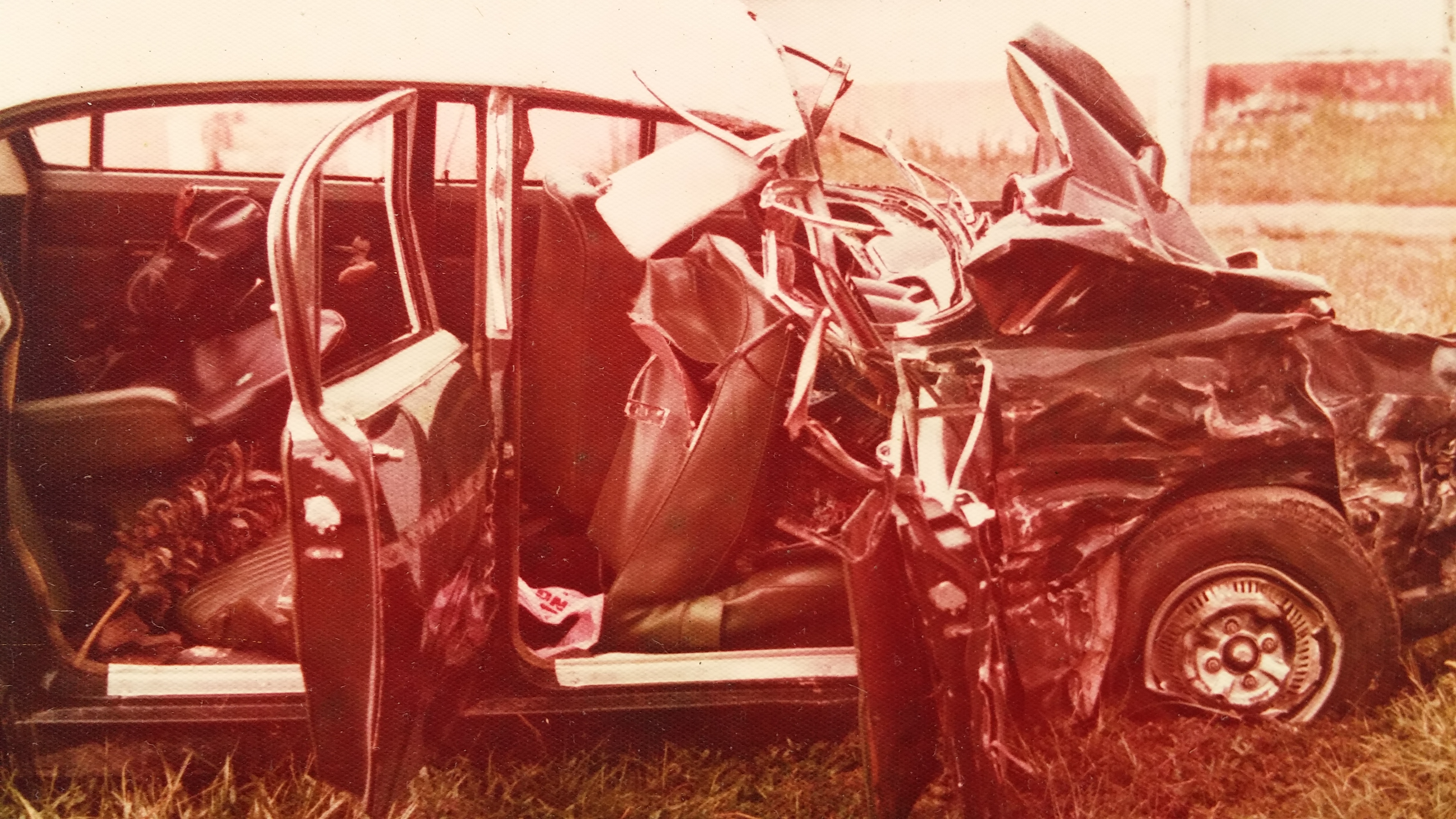 As they travelled home to Singapore praising God for what He had done, tragedy struck. The car driven by Paul Chan collided with a lorry and was smashed beyond recognition. But glory be to God, the lives of those in the car were preserved. God sent good Samaritans to ferry the injured to the hospital without any concern about their nice cars stained with blood. Everyone had only one goal on their mind, to transport the injured quickly to the hospital to receive immediate medical attention.

When the rest of the team came back to church that evening, they were amazed to see the whole church coming together in one accord to intercede for the injured. Those injured in the car accident were Paul Chan, Philip Lee, P J John and Simeon Poh.  God spared their lives from the near death experience and after months of rehabilitation, they recovered fully. Simeon Poh was the most seriously injured who took many years to get back to his normal self. His sister, Jenny Poh renewed and rededicated her life to God as a result of Simeon’s accident and later became the wife of Pastor Kenny Chee.

The rest of the team upon returning to Singapore shared with vision of all that God had accomplished. Many from the church were inspired and different ones came forward to be part of the team to go to Simpang Rengam on a regular basis. Although Mandarin was not their forte yet week after week, two or three would travel to Simpang Rengam to conduct a Saturday service. In the course of the five years of outreach, they met a Christian lady named Irene. She was a school teacher. Her rented house was also used as meeting place for weekend worships.

A milestone in the early stages of the work was their acquaintance with Yew Koon. He was paralyzed from waist down as a result of a motorcycle accident. He received Christ through our regular visits and was subsequently baptized in the water tank of his home. Philip Soh Choy was yet another Christian Evangelist who came in partnership with us in the work.

After 5 years of labor, the church felt it’s time to hand the work to a local to effectively reach out to the people. After much prayer, God led us to a Malaysian brother See who was studying at Singapore Bible College. His fiance was then pastoring a church at Ayer Hitam which was located near Simpang Rengam. After graduating from SBC, Bro. See decided to take on the challenge of pastoring the new found church at Simpang Rengam. The church was then handed over. Now after 35 years, it has been heard that out of the hundreds of children who attended the church, three are currently serving in the full time ministry for God. The first mission left a legacy behind for World Revival Prayer Fellowship and has kept God’s mission alive to go to all the earth to preach the good news of Jesus Christ. Over the years, many singles, couples and families from the church had responded to go for overseas missions organized by the church. A mission board was set up for mission awareness and involvement. The church is now supporting missionaries in different parts of the world. It is our pastor’s wish to see every member from the church go for a mission trip at least once in their lifetime. Let’s allow God to lay that same desire in our hearts to go forth in mission.

Written by Katie Wong, whose parents Zach and Martha were in the mission trip of 1977 when they fell in love and got married.